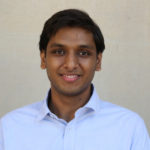 I'm a PhD candidate in Economics at Columbia University. I am on the job market during the 2022-2023 cycle.

My research interest are Political Economy and Development Economics, with particular focus on the economics of news media and ethnic conflict in low-income countries.

For more information, please see my CV or contact me at naman.garg@columbia.edu

Learning to Resist Misinformation: A Field Experiment in India (with Monika Yadav)

Abstract: Can people learn to identify misinformation? In this paper, we conduct a large field experiment (N=1301) in the state of Uttar Pradesh in India, with an intervention aimed at improving people’s ability to discern the veracity of information. The intervention is to provide regular weekly digests with a compilation of fact-checks of viral misinformation. The intervention helps identify fake news, as treated individuals are eleven percentage points less likely to say that a false statement is true. However, it also decreases beliefs in true statements by four percentage points. We estimate a structural model to disentangle the two mechanisms of impact: truth discernment, which helps distinguish between false and true statements; and skepticism, which changes general credulity for both false and true statements. We find that the impacts are driven by both an increase in truth discernment and skepticism. The intervention also reduces misperceptions about minorities, but the effect on related policy attitudes is much smaller and statistically insignificant.

Abstract: I estimate the impact of ethnic violence on economic growth using data on Hindu-Muslim riots in India. For identificaiton, I use shift-share instruments to isolate exogenous national shocks to violence from endogenous local shocks. On average, a riot reduces state GDP growth rate by 0.14 percentage points. This creates a vicious cycle when one also considers the impact in opposite direction – lower growth leading to more violence. The multiplier due to this vicious cycle magnifies the impact of external growth shocks by 40 percent in equilibrium. There is suggestive evidence that impact of violence on growth is driven by reduction in social capital from higher animosity and discrimination among communities exposed to violence.

Where is the Boundary: Using night lights to construct panel of city shapes

In this project I use night lights data to construct a worldwide panel of city shapes and sizes. I develop a data driven method to get optimal city-specific light intensity threshold to get its boundary, as opposed to existing methods which use arbitrary constant thresholds for all cities. This approach improves upon existing methods in two important aspects. First, it gives correct city boundaries across a wide range of city sizes. Second, it allows construction of a panel of city shapes whereas previous approach could only construct cross-sections

In this project I explore the role of colonial institutions on contemporary ethnic relations by estimating the impact of British rule on residential segregation in India. I compare the levels of segregation in regions that were directly ruled by British versus those indirectly ruled by them where native kings had much more power.